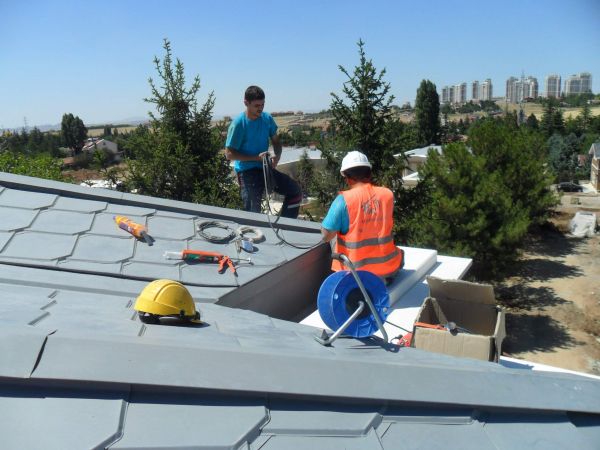 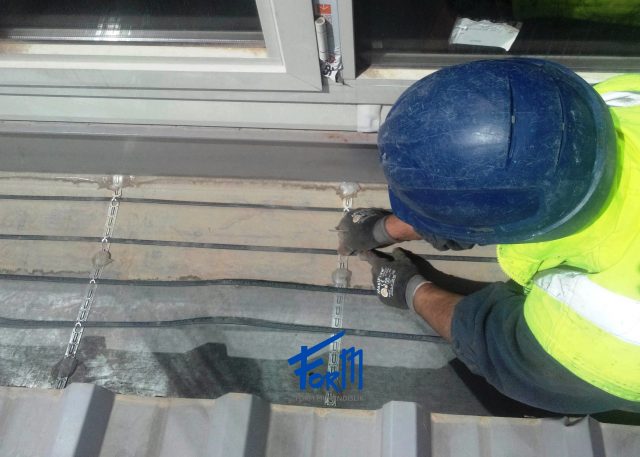 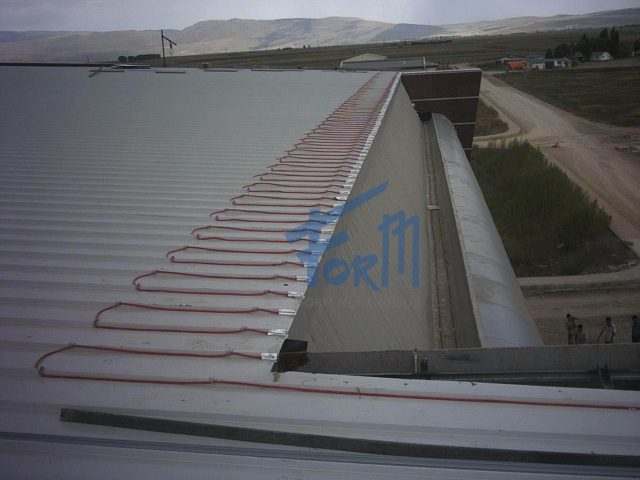 Snow load on the roofs and blocking of gutters with ice creates many problems.Prevent icing with heating cable the only practical solition to these problems.

Snowfall and during melting, freezing cause various problems on all roofs.

With the developing technology is heating cables have produced for the solution of these problems. The heating cable, which applied in the gutter or on the roof with silicone and aluminum tapes, is energy and the formation of icing prevented.

Our purpose is to keep the flow paths of the water open so that snow and ice are no longer a problem. These cables work without any danger even in the worst winter conditions. Their lifetimes are very long and theoretical endless.

where icing starts detected by an ice detector. The ice detectors include the moisture and temperature sensor , control box energizes the heating cable. In this way, unnecessary heating and spending prevented. For example, even if the air temperature is too low but if there is no icing ,the system will not activated.

when the air temperature is below zero, and at the same time if there is moisture, water or snow on the surface (in gutter), only 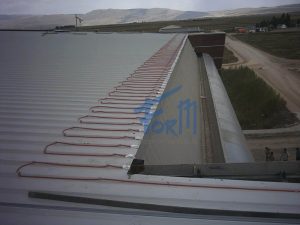 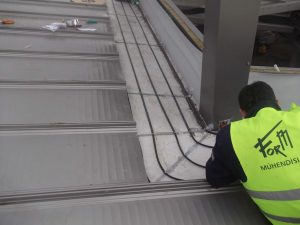 One of the biggest problems in our country in the winter season therefore is the freezing of the roofs and gutters. Many of the buildings were built without considering the winter season conditions or by skipping some calculations. For this reason, many problems come up with the beginning of snowfall and falling temperatures. We can examine these problems under 2 main headings. Financial and moral consequences.

Financial results; Unconscious actions (with tools such as shovels) to prevent with the icing of roofs and gutters . This actions is tried to prevent snow and icing accumulating on the roof .. This application damages the roof. This process, made by scraping, causes punctures and damage on the roof if not pay attention.

While the roof is already exposed to the pressure of the snow and ice, made by scraping even more reduces the mechanical strength of the roof. As a result, might be a collapse on the roof. This causes, buildings and structures might be to damaged over time and even serious irreversible problems in the long term.

Moral Results; Falling of snow masses and icicles on roofs to human passages can cause injuries or even deaths. It should not be seen only as ice. These ices, which fall to the ground quick with the height of the roof, This ices should be seen as a sharp knife and sword. Unfortunately, this situation most of time results in death.

Electric heating cables for snow-ice prevention system have been used to prevent these financial and moral bad situations. This system is a very useful system and does not any risk. These cables, which can be applied inside the gutters and pass through the rain downpipes, are activated without frost, preventing the gutters and roofs from icing and provide a safe water flow.